Liz has published a number of books, beginning in 1980 with Conclusions on the Wall: New Essays on Bob Dylan which, despite some youthful indiscretions, is not entirely without merit. Three widely praised anthologies – on John Lennon, Bob Dylan and David Bowie – co-edited with the critic David Gutman have been published in a number of editions and have secured a place on university reading lists. In 2012-13, she spent six months chronicling a season in the life of Chickenshed, the inclusive theatre company. 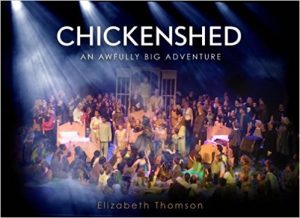 Chickenshed charts the remarkable 40-year history of the theatre company founded by Jo Collins and Mary Ward – in an abandoned Hertfordshire chicken shed. With faith, hope, charity and hard work, and the support of Princess Diana, Dame Judi Dench and many others, it now sets worldwide standards for inclusive theatre – performers of all ages, not all of them conventionally able, working side by side to create thought-provoking music and drama.

The Stage thought it “a heart-warming and informative celebration”.

No Direction Home: The Life and Music of Bob Dylan 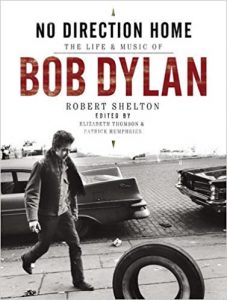 No Direction Home was published to celebrate Dylan’s seventieth birthday in May 2011, a “director’s cut” of a book with a vexatious history. Robert Shelton was the New York Times critic whose 1961 review is credited with launching Dylan’s career. The biography he began five years later – the only biography on which the subject collaborated, allowing Shelton unique access to family and friends – had a long and difficult gestation and was finally published in 1986, “abridged over troubled waters” to the author’s dismay. Liz, to whom Shelton was both friend and mentor, revisited the original manuscript, restoring valuable material that was cut from the first edition, so taking readers deep into the smoky coffee houses of Greenwich Village where Dylan began his career, and backstage at Newport and Earls Court during the 1966 and 1978 world tours. 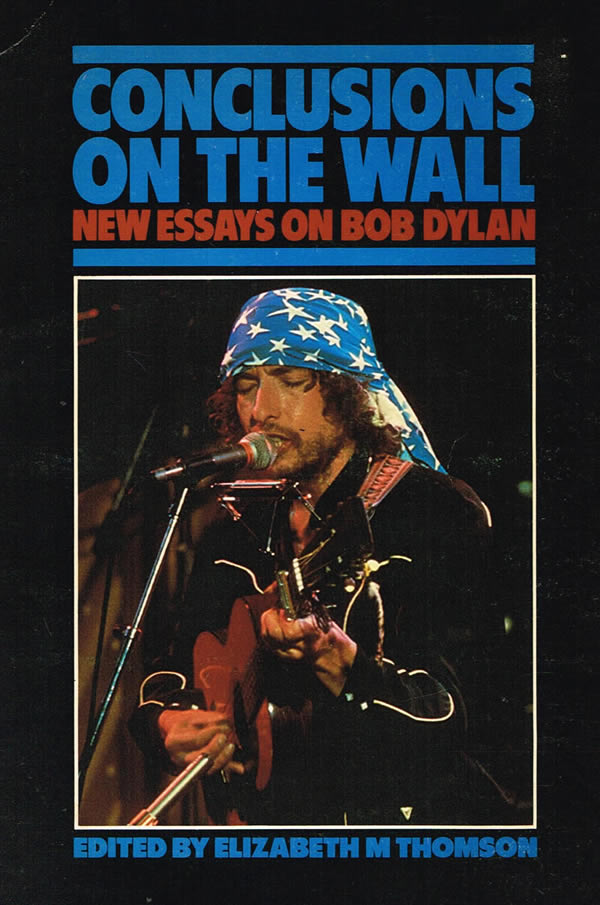 Conclusions on the Wall: New Essays on Bob Dylan

Conclusions On the Wall: New Essays on Bob Dylan was published to coincide with Dylan Revisited 1980, which took place in Manchester. Now something of a collector’s item, it falls firmly into the category of juvenilia but is not without interest. The essays include contributions from Wilfrid Mellers and Christopher Ricks, Michael Gray, Robert Shelton and Steve Turner, as well as the editor’s own essay subjecting Dylan’s song-writing to musical analysis. 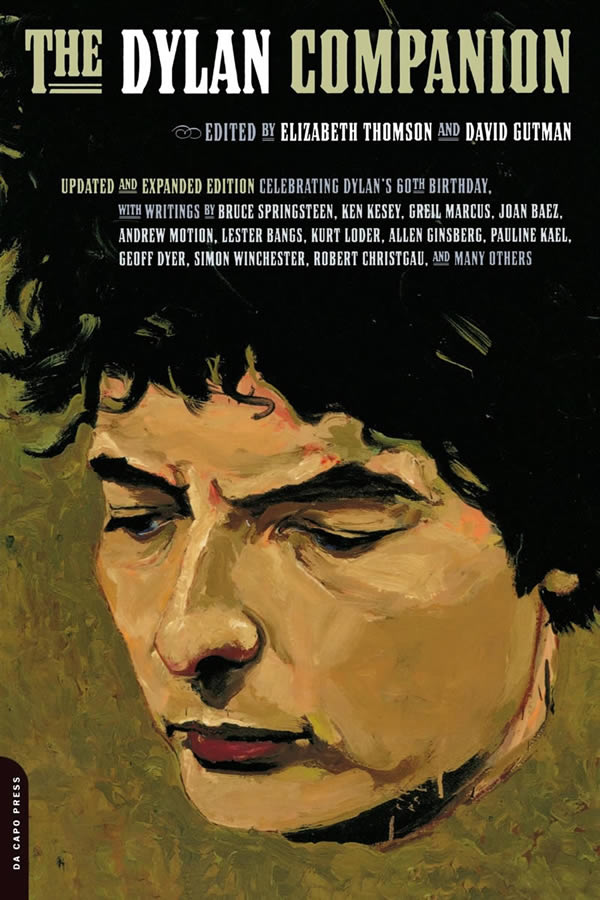 The Dylan Companion examines Bob Dylan as musical, literary, political, religious and cinematic icon, rescuing Dylan from the weight of tabloid journalism which, until that point (the book was first published in 1990), had tended to swamp perceptive discussion. From Joan Baez, Allen Ginsberg and John Peel to Stephen Spender, Pauline Kael and Frank Kermode, there’s history, sociology, musicology, literary criticism and much besides. Poet Michael Horowitz praised its “subtle balance of themes and chronology… a must for Dylanologists and highly commended.” 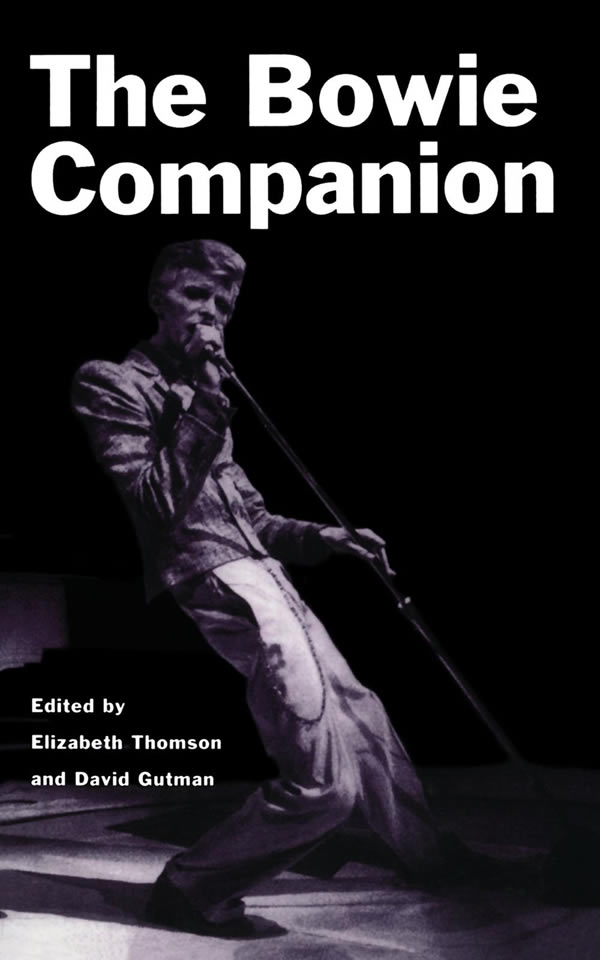 The Bowie Companion chronicles the Starman’s ch-ch-changes, rescuing him from the brand of tabloid journalism which “puts you there where things are hollow”. A look at one of rock’s most elusive figures through almost three decades of popular cultural commentary, it gives weight to Bowie’s stage and screen work as well as his music. Contributors include Gordon Burn, Lindsay Kemp, David Buckley, Simon Frith, Patti Smith and John Savage.

“A sort of musical portrait: an excellent set of articles and essays” said Mojo. 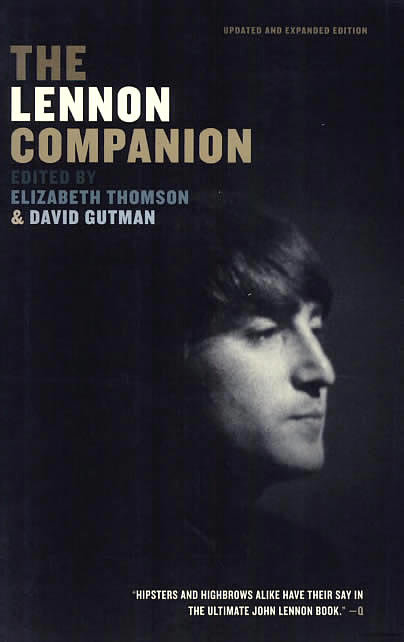 The Lennon Companion, originally published in 1987 and updated in 2004, is a collection of specially commissioned essays and long-forgotten but distinguished articles that draw on a variety of critical languages to present an intelligent and accessible form of popular cultural commentary about John Lennon and the Beatles. It features work by writers as diverse as Martin Amis and Gloria Steinem, Tom Wolfe and Philip Larkin, Kenneth Tynan and Joshua Rifkin, as well as William Mann, Adrian Henri and Pauline Sutcliffe. Former Beatles press officer Derek Taylor described it as “the companion to John Lennon, kicking all other books out of the game, bringing to the ‘working class hero’ an unusually broad and affectionate attention”.

Finally, three books put together during a two-year tenure as Music Editor for Music Sales/Omnibus Press. 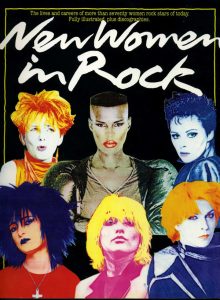 A celebration of some seventy women who rode to fame, sometimes shortlived, on the coat-tails of punk and new wave. Contributors included some of the big names of 1970s music journalism, among them Jill Furmanovsky, Vivien Goldman and Penny Valentine. The cutting-edge design has made it a collector’s item – as well as a historical curio with three five-star reviews on Amazon! Some of the women play on… 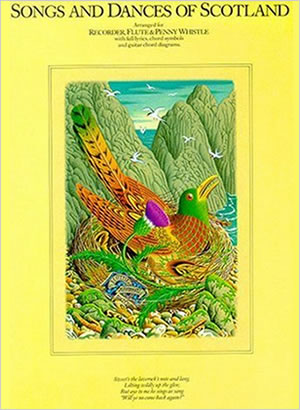 Simple arrangements for recorder, flute and penny whistle, with full lyrics, chord symbols and guitar chord diagrams. Nice and easy does it…