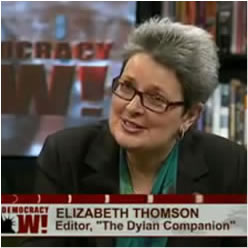 Liz Thomson is a London-based journalist who has contributed articles and interviews to newspapers and magazines around the world. A contributor to The New Grove Dictionary of Music & Musicians, she is the co-editor (with David Gutman) of quasi-academic studies of John Lennon, Bob Dylan and David Bowie, and the author of a forty-year celebration of Chickenshed, the uniquely inclusive theatre company. She has lectured at Liverpool University’s Institute of Popular Music, Kingston University, University College London and Oxford Brookes, and has been a Visiting Fellow of the Open University Sixties Research Group. An occasional broadcaster, she has conducted live interviews with authors on platforms at literary festivals from Dartington to Dubai and points in between. Liz is currently a contributing editor to TheArtsDesk.com. 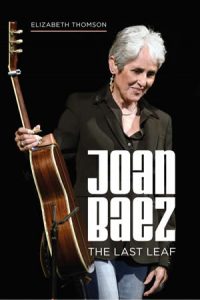 , a celebration of the life and sixty-year career of the renowned American singer and social activist, was published throughout the anglophone world by Palazzo Editions in October 2020. A French translation is due from Le Castor Astral in 2022.

A new illustrated edition of Bob Dylan: No Direction Home by Robert Shelton, the late New York Times journalist whose review established Dylan’s career, was published in 2021, in Britain, the US and Canada, Australia and New Zealand, and in France and the Czech Republic. 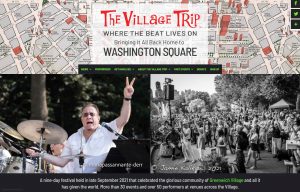 , a new annual festival celebrating the history and heritage of New York’s Greenwich Village, was launched in 2018. The four-day event featured music, poetry, drama and photography and includes Bringing It All Back Home to Washington Square, a concert in Washington Square Park honouring the rich musical legacy of the Village which was headlined by Suzanne Vega in 2018 and by Steve Earle in 2019. David Amram, composer, arranger and multi-instrumentalist whose long career is intimately entwined with the Village, is Artist Emeritus of The Village Trip.

The Village Trip 2021 took place over nine days in September, with 30 events at venues across Greenwich Village. Bobby Sanabria and His Multiverse Big Band and special guest Janis Siegel of The Manhattan Transfer were featured at the headline concert in the Park.

Dates for 2022 will be announced in the new year.

Square Roots Productions, a UK-based charity co-founded with Anthony Keates, aims to celebrate and nurture the shared folk music heritage of the British Isles and North America – the real “special relationship”, a rich tradition which offers a different though no less important alternative to written history.